Home>Tools>Should You Get a Green Screen for Your Videos?

Making videos, however, can be challenging if you do not have the right tools. Some would consider a green screen a very important part of making videos. Do you really need one or should you get one? Let us dive deeper.

What is a Green Screen? 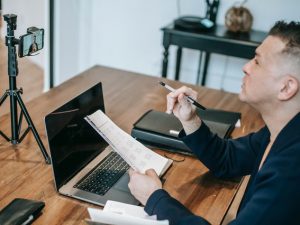 Green screens, or rather, chroma keying, is a technique when you can simply remove a background from a scene, photo or video and then add something else instead. You simply remove a certain key, and then add whatever you want instead. This only works if the object in the foreground does not have the same shade or rather, key, as you would then remove the object, as well.

Green screens are the most common color, because very few things will be green unless you are shooting in nature, in which case you would use a different colored screen. But, do you need one?

Green screens are very simple to use when you learn what to do and what not to do. When used in videos, you can plan ahead and make sure that you have a variety of backgrounds to add a bit of novelty. This can also be used to explain things by changing the background to something more appropriate. Whether you will add graphs or simply change the background to make it more interesting to viewers, green screens give you more power over a still image, as well as a video. You might as well place yourself on the Moon, which is not that big ot a challenge with a green screen. 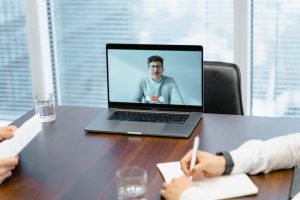 What if you could change your background for your next video meeting? It would definitely make things a bit better, more professional or even entertaining, if one would want it to be.

Add a wooden panel, a cosy fireplace, a mountain resort, whichever background you prefer. It can simply be used to hide your own room which might not be the most optimal background for a video conference. You can even place yourself in a virtual office, thus making things extra professional.

Green screens can help, but they take time to be mastered. Not everybody is good at chroma keying and you might accidentally wear something in the color of the screen, thus effectively removing parts of your own body with the background. A tidy room and carefully planned videos can remedy not having a green screen.

Green screens are a part of chroma keying, a technique of removing the background in a certain color and replacing it with something else. They can make post production photography better, as well as videography. They can also be used to set up clever video conferences.

You could make use of one, but you might not really need it.