If you happen to be an avid gamer and would like to learn more about it, or you’re just curious about some of the interesting statistics regarding the video game industry, we’ve comprised a small list of the most interesting game industry facts.

Who Are Your Average Gamers? 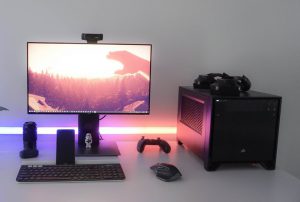 There are more than 2.3 billion gamers in the world and, contrary to popular belief, everyday gamers aren’t kids or young adults but 35 years old instead. Actually, only 18% of male and 11% of female gamers are younger than 18, and there are 13% of male and female gamers that are older than 50.

Furthermore, the gender gap between the numbers of gamers is closer than you think. Did you know that 54% of gamers are male, while there are 46% female gamers?

Among them, around 60% of gamers play on their smartphones, 52% of them use a PC or a laptop, while 49% play games on a console.

What Do Gamers Play? 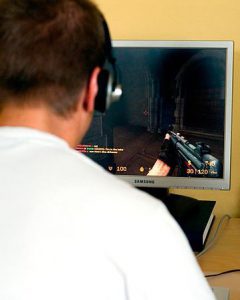 60% of gamers spend at least 7 hours a week playing games. In other words, they play virtually every day. The most popular game may vary depending on your country of residence, but some of the most popular games among gamers are SIMS, PUBG, Fortnite, World of Warcraft, Dota 2, and League of Legends.

While some players enjoy playing offline, the majority of gamers prefer online multiplayer games. The competitive nature of these games led to the development of eSports, and the leading eSports game is undoubtedly Dota 2 that attracted more than $38 million in prize pool money in 2017.

To put things into perspective, Kuro Takhasomi, a professional Dota 2 player, earned more than $4 million in his eSports career so far, and the rest of the wealthiest top 5 players also play Dota 2. 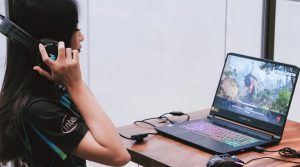 Even though the female population enjoys gaming, there aren’t that many of them working in the gaming industry — only 19% of the gaming industry workforce are females. However, most prominent companies in the industry are striving to enforce gender equality and are focused on hiring more women. For example, Blizzard increased its female workforce by 166% in 2016, while 48% of EA’s workforce in vital development programs are females.

Hopefully, some of the facts we’ve included helped debunk the myth that video games are reserved only for younger generations. Now that you know precisely how many of us like to spend our time gaming, there’s only one thing left to do — join us!