Home>Tips>3 Tips On How To Film Sports Events

Filming any sporting event is a challenging and exciting experience that requires a lot of effort, expertise, and preparation if you hope to pull everything off in time and to everybody’s satisfaction. 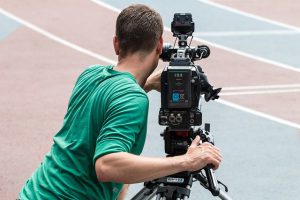 One of the first things to consider here would be the event you want to shoot. Filming sports is unlike filming anything else, as every scene is dynamic and changes at an incredible pace, so you have to be prepared to capture all the action. There is also the difference in the scope of the sporting events. The events can be professional matches where you need to bring your A-game both preparation and equipment-wise, but can also be your child’s amateur soccer games in their school backyard that require the right level of skills and technique as well.

In this article, you will be presented with a couple of useful tips that will help you prepare for filming sports events and not get into the situation where a vital piece of equipment is missing halfway into your child’s championship game, so read on!

There is probably nothing more important when filming a sports event than choosing the right angles. Generally speaking, the angles depend on the camera setup and the number of cameras you are using. 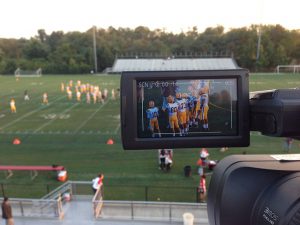 In general, you would want to go with wider frames as these are preferable in all sports and allow you to catch the entire action on the pitch. However, if you are focused on an individual player, then close-ups are also excellent. In case you want to have both, then you will need more cameras. 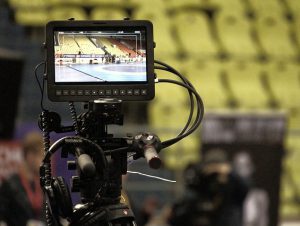 The technology behind cameras is developing at such a high speed that, if you only blink, you might miss something. Your average digital camera might suffice if you want a medium quality frame, but if you are looking for something extra, make sure to equip yourself with gear such as high-definition camcorders with interchangeable lenses that can zoom up to 30 times and with built-in autofocus that can catch the fast-paced action.

Also, you should consider buying stationary tripods and other equipment that will ensure you don’t end up with a wobbling frame. These tripods are suitable for most camcorders and even smartphones so that you won’t have any problems attaching your device to them.

Learn The Rules of the Sport

Apart from the technological aspects mentioned earlier, there is another non-technological aspect that is crucial when filming a sporting event, and those are the rules of the game you are shooting. If you know the rules of the game, it will be easier for you to, for example, follow all the action on the pitch or court and understand what kind of frame is needed in a particular situation.