The majority of content we are exposed to daily is a product of one or more types of multimedia. Multimedia represents a collection of multiple forms of media working in a coherent and integrated way, hence the name — multimedia. This combination of data from various sources working on the same objective has become a tremendous driving force in our culture and has shaped the way we conceive reality. 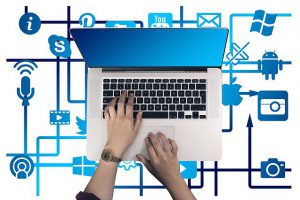 Any information we can get our hands on can be categorized as multimedia. Anything from magazines, television, computers, and the Internet is a form of multimedia as it employs various inputs from multiple sources to bring a unified content to users.

The application of multimedia is so vast that there is literally no way of staying immune to it. Advertising is one huge industry that has cashed in on multimedia millions of times over and with every message they want to send to the masses.

This article will explore the primary structural components and types of multimedia and demonstrate their field of applications, so stay tuned to learn more about the phenomenal world of multimedia!

Text is seen as probably one of the most frequently combined mediums in the colorful world of multimedia. It started as a written message you wanted to send across to readers and has been one of the key forms of communication in the world for ages. In multimedia, it is usually combined with photographs and video presentations to augment these other forms of communication and give a detailed description of them. 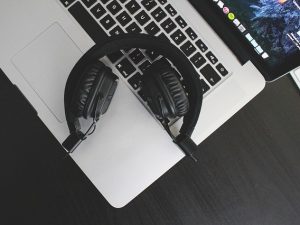 Audio files are a collection of sounds that can be added and combined with all other types of media in a multitude of ways. First, audio files can function as musical backgrounds to images and photographs, and even texts. Also, many cameras that are primarily seen as technology in charge of creating video material and pictures are equipped with sound recorders to complement the video material and imagery. Audio files don’t take up much space and are easily transmitted across the web and local systems.

Images and visual representations are probably one of the oldest forms of media that date back to prehistory and the time of cave drawings. With the advent of civilization and technology, images have first been combined with texts and printed in books and newspapers, and are now seen in all forms of media. Icons or small photographs and pictures enhance written documents and give them a unique edge and a powerful visual element.

Another essential type of multimedia comes in the form of video presentation and material. Video is a collection of moving pictures combined with audio files that provides one of the most intensive multimedia experiences out there. Videos also include written texts, which means that video material often combines more than two different types of media.

We can say that the place where images and photographs meet video material is where animation begins. One of the most frequent types of animation seen on the web today are GIFs, otherwise known as graphic image files that are in fact a simple collection of images that rapidly change, giving the illusion of motion. These files are small, compact, and easily transferable, which is one of the reasons why they dominate the world of the Internet today.